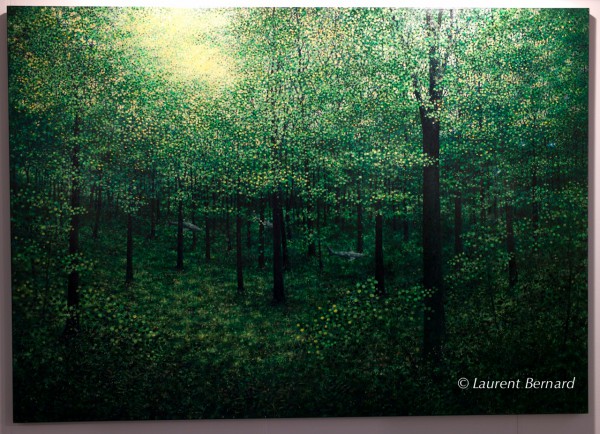 Is this a depiction of  a garden in Atlantis, that became a playground for sharks after the flood ?  I’d rather think it’s just a peaceful walk in the forest, where sharks just float in the air; after all, if Festo’s dolphins can fly (seeing is believing here ), why not sharks ? 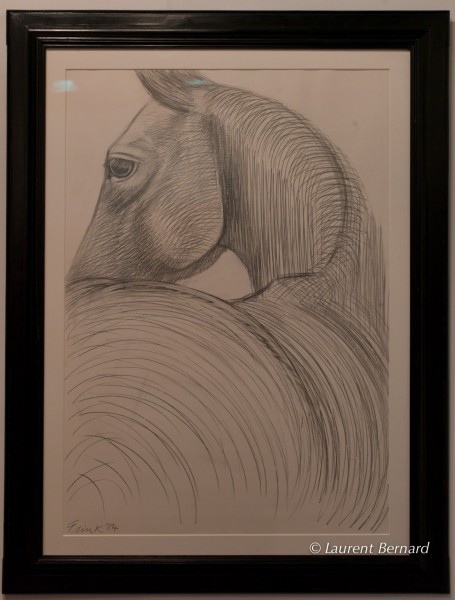 Horses have always fascinated me, and I was lucky enough to practice horse riding a few years back (had to stop when I moved to London, shame).  I liked the texture and the simple strokes, and the overall peaceful setting of the drawing.  Artist is Elisabeth Frink. 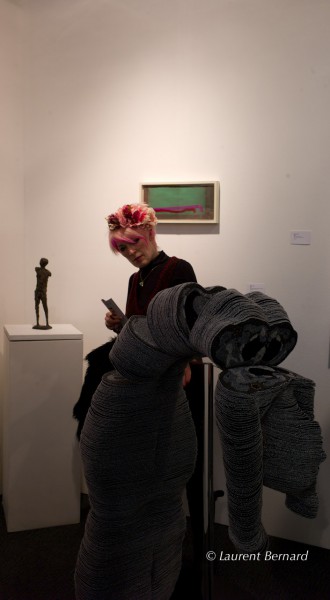 “You have to take this picture, such a nice hat should be consigned to posterity” sung my inner voice.  Silently agreeing, I framed to include this slightly bizarre écorché, probably inspired by today’s medical full body tomography scans. 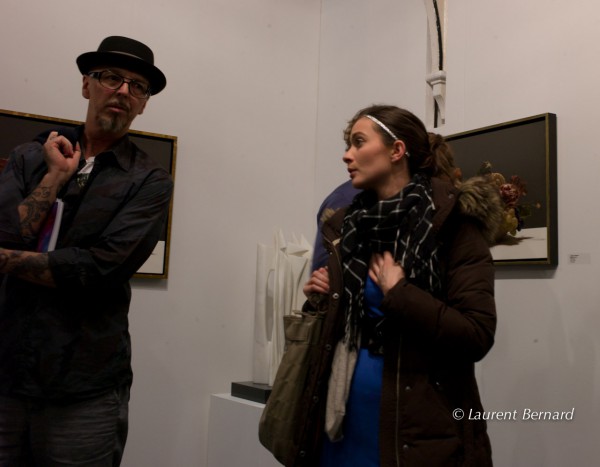 Young women wearing a tiara are not a common sight, even in London mind you, so I knew I had to take this shot.  I also liked the expression of the guy (I think they were a couple actually), very “pince sans rire” as we say in french, so I took a step back to have both in the frame, and waited until something happened.  A few seconds later, she put her hand near her heart, and instinctively I triggered the shutter.  Focus is very slightly off, I overestimated the depth of field.  Oh well, always learning… 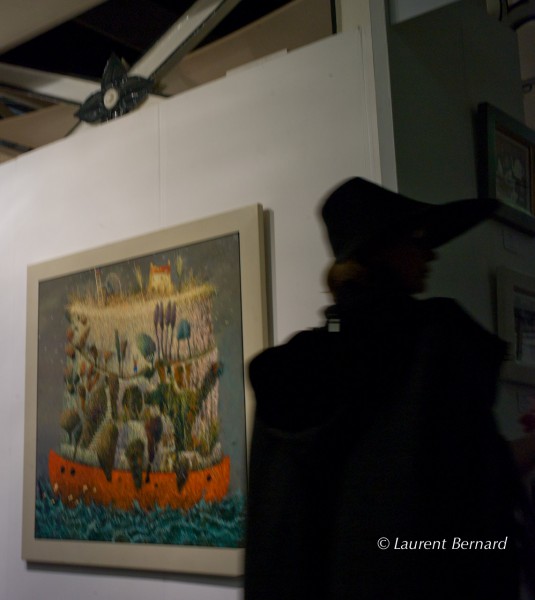 I had just set the aperture, estimated the distance of focus, and was ready to take the picture of this young woman dressed with that black outfit and wearing that curious hat, when a friend called me to introduce me to one of his acquaintances…  I still pressed the shutter button, shooting from the hip and hoping for the best after adjusting the settings as fast as I could, and am not too dissatisfied with the result, though I’d have preferred to get a sharp, in focus, background, and a blurry, slightly moving shadow in the foreground. 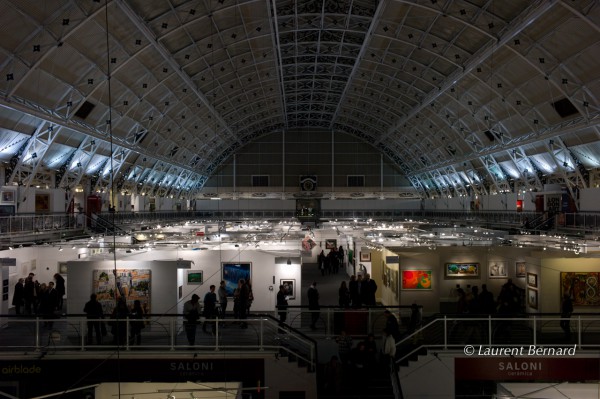 Just before closure, the fair is still buzzing to the tune of the last deals being made, art is a market after all.

This is not a patch of green grass.

Not much to say of a photo of an artwork depicting a patch of green grass: just a pretext to hijack the artist’s original intention, and reference Magritte.  Artist is Andy Harper, famous for his paintings of grass. 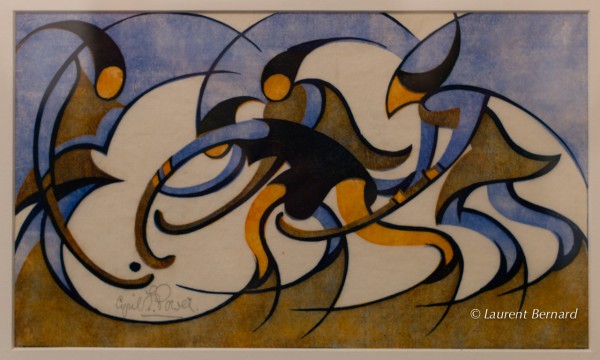 I could not see any straight line at all, and liked the overall movement of the hockey players.  ”Hockey players”, by Cyril Power.